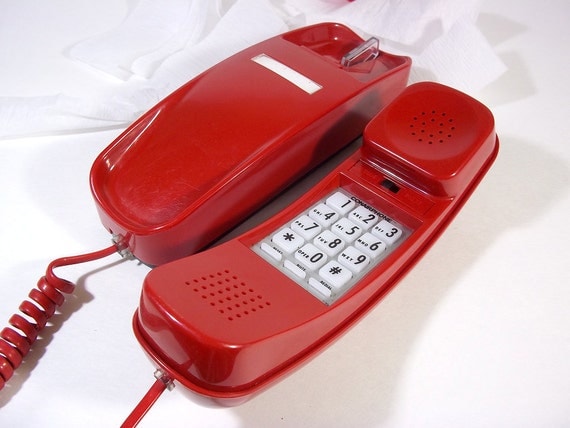 I was the new kid in middle school.  My family had just moved to Norman, and I was just beginning my sixth grade year.  We moved on the Halloween of ’84, and were greeted warmly by members of our new church with trick or treating and a very odd and delicious meal of stuffed pumpkin.  It was stuffed with a rice and beef casserole. I still remember exactly how it smelled in our new house.

The middle school was new and peculiar to me.  The outside of the building was surrounded by what was described to me as a “berm” which is a grassy slope that reached nearly to the roof.  This was supposed to help control the indoor climate, but mainly it just gave kids an opportunity to get detention.  “Stay off the burm!!!” was a familiar refrain from outside duty teachers.  On the inside was an “open area” configuration.  There were very few classrooms.  Instead, there were mostly areas divided by makeshift walls and chalk boards.

Many things foreign to me.  There were new smells in the halls and in the cafeteria.  I was accustomed to delicious scratch cafeteria food, and now I had options such as pizza and nachos. Sharing the halls with the giant 8th graders.  And most importantly, the social culture was different.

In Lonoke, I was well known and well liked at school.  At least in 6th grade, it seemed to me that people were more kind to each other.  I don’t remember there being a significant division between working classes.  That may have changed with my friends as they were promoted to junior high and high school, but I was never there to find out.  There was affluence in Lonoke, but not to the level of Norman.   A preacher’s salary will not make a family affluent.

So, all of these changes both excited me and upset me.  I was excited to live in a town with a big swimming pool, a roller rink, a university, and lots of chain restaurants. Upset that  I was starting at the bottom socially.  And most importantly, I was gullible and naive, which made me an easy target.  Even in Lonoke, friends used to love to dupe me.  One friend talked me into believing that his father had found a black pearl large enough to need a truck to move it.  Also, I’ve always been girl crazy, even in 6th grade, which made me even more vulnerable.

One evening, a school night, our brick red telephone rang in the kitchen.  It was our family’s first push button phone and it was cradled on the wall.  My mother answered and called me into the kitchen because the call was for me, and it was a girl.

I knew what “go with me” meant by then.  I don’t remember hearing it before Norman.  This is what kids said when they wanted to be boyfriend and girlfriend.  We really couldn’t say “go out with me” because we were too young to go on dates.

My eager mind went into accelerated mode.  This could mean a significant upgrade to my social status if I played my cards right and the girl was cute enough, and plus I’d never really had a girlfriend.  I was excited by my prospects.

She giggled and said, “You have to guess.  It starts with A!”

I began thinking about all of the girls’ names for A.  I don’t remember what my guesses were , but all of them were wrong.

“Ok, let’s try this.  Guess the second later in my name.”

It took us a minute or two, but I eventually solved it.  Let’s say her name was Ashley.  Triumph!

“Ok, so does that mean you’re my girlfriend.”

I was both gleeful and apprehensive.  What if she were as unpopular as me?  What if I didn’t find her attractive?  She sounded cute enough.  I knew I was taking a risk.

I had gained a few friends in middle school by then.  They were on the fringes of the social strata as well; two poor kids, one of which had a badass parakeet at his house,  and an Iranian named Irash.  I joined Irash in the cafeteria and told him the whole story.

“Oh my gosh!  Do you know who that is?” he said with great animation.  Irash was an intense kid.  He told stories of Iran that would make you blood curdle.  He had witnessed atrocities and was passionately against the Ayatollah Khomeini.   “She is the most popular girl in the 6th grade!  Look!” He pointed her out in the line.

She was more than cute to me.  She was a true beauty.  In that moment, I was blind to the fact that she was way out of my league.  I tried to get her attention to invite her to sit with me, but she did not respond.  I thought perhaps she didn’t see me.  I figured I would catch her in the hall later, but already a shadow of doubt was growing in my mind.

I did find her in the hall after lunch.  As she was walking my way, I started waving.  This time I did catch her attention.  She gave me a very confused look and kept walking.  I knew then that she wasn’t actually my girlfriend at all.  I deduced that I had in fact been pranked.

I don’t remember if I felt angry or humiliated, but I do remember feeling very disappointed.  I also felt embarrassed for having fallen for the scam.  Although I wondered who might have done this, I knew that there was really no way of knowing.  But the perp did eventually reveal herself.

I was in a study hall constructing a paper football to play with later.  There was a table of giggling girls nearby.  One of them walked up to me, barely concealing her laughter.  She said, “David? Will you go with me?”

Then I knew.  This was the girl.  And I would not fall for it again.  I don’t remember exactly what I said, but I was polite and I let her know that I was on to her.  I didn’t take things too hard in those days.  I was becoming accustomed to the fact that 6th graders, especially at this middle school, were cruel.  This middle school has a bad reputation to this day.

As I’ve reflected on these events in my adult years, I’ve thought of things I might have said to possibly humiliate her the way she had tried humiliated me. I might have said loudly for her friends to hear”Sorry, I don’t date COWS,”  or perhaps something a little more profane.  But I’ve never really regretted being civil.

She never became a nice person in school, and eventually whatever popularity she had gained had waned.  And I did eventually have girlfriends.  Real girlfriends.  I did eventually bump up socially that year.  I gained new friends and walked away from old friends.  I suppose they found other new kids to befriend.  But I was no longer the new kid.  Perhaps it was cruel of me, but I was a rule follower, and social rules dictated that I should move on.  I made friends that I will be connected to for the rest of my life.  And when I married,  I married way out my league. She was the one taking the risk on my me.

One thought on “Girlfriend Bamboozle”