I am a perpetual, creative motion man. If I didn’t have a wife to spend time with and to let know that she’s important to me, I would probably write, make music, and code non-stop. It’s part of my bipolar disorder, but it’s also one of my innate qualities.

I’ve been in an intensive collaborative creative project for the last few months and will continue for a few months more. I am writing a podcast musical with a couple of songwriters. We just put out the first episode. It’s at the bottom of this post if you’d like to hear it. I did all the writing and the marketing and this Saturday I told my wife I was exhausted and in need of a break. Later that day, my wife got off the phone with her mother and said, “I was telling my mom about your project and that you were exhausted. She said, ‘He’s finally exhausted? I never thought that would happen!'”

It struck me as funny. I laughed at it. She’s a wonderful mother-in-law and likes to give a good ribbing from time to time, but it left me thinking. I know I’m exhausted, but am I exhaustING to other people? Is my perpetual motion a perpetual nuisance?

As someone who handles most of his own marketing, this is often a concern of mine. Are my friends just sick of it? Maybe less than I think, but I do think I can be a lot to take.

And what is at the core of all this nearly inexhaustible work ethic? Well, of course, I love writing; otherwise, I wouldn’t do it. I also believe in my writing. I think it’s worth reading, and I believe with the right visibility, my writing could catch on. I truly believe that it is a matter of time. This musical could be the lucky break. It’s a unique project that is getting a lot of play–much more than anything else I’ve written.

But I’m gonna be transparent with you. Deep down. What is this drive? I’m not even sure I know myself, but I often think about a party I attended in my twenties. My wife and I had formed a tight bond with a group of young couples from church. We called ourselves the DINKs (Double Income No Kids). It was such a fun group and was such a formative time for us all. At this party, a Cuban-born friend started doing a party trick: palm reading–something he’d learned from his abuela in Cuba.

With great interest, I watched him read a few palms. It was very entertaining and he frequently assured us that it was just a fun party trick and to not take it seriously. My wife went first. The only thing I remember is that her palm indicated that she would have a couple of other husbands on down the road. It’s been 27 years, and so far it’s just been me. Then it was my turn.

The party was starting to get boisterous. We were enjoying cocktails and munchies and had split into groups: the living room group, the kitchen group, and the palm reading group in the den. The lights were low and we were laughing and enjoying each other’s forecasts. My wife left her seat on the ottoman next to the chair Carlos was working from. He was a big man–tall, full-bodied–with a very neatly trimmed beard and a snappy haircut. He was a good speaker–quick-witted, engaging, smart.

He offered my hand and he put it in the palm of his own hand. The only light in the room was the lamp next to his chair. He turned my hand to the light and began tracing the lines of my palm–occasionally making sounds like “hmmm.” Every reading I’d watched was about relationships, children, and careers, but not mine.

He said, “Wow, David. This is really interesting. I’ve never seen anything quite like this.”

If my wife didn’t say it, I’m sure she thought it, “Heeeeeerrrrre we go. There is nothing ordinary about this man.”

He pointed to a longish line and said, “See this line? This is your fame line. David, in all the times I’ve been doing this yours is the longest fame line I’ve ever seen.”

He examined it a little closer and said, “Nope, but you’re going to be almost be famous.”

“I couldn’t tell you, but I think that you’re gonna get very close several times.”

Jesus. Almost famous. That seems worse than not ever getting close to famous! I’m almost going to be famous?!

I think that on some level, that sparked a desire in me; a desire to conquer Fate. Doomed to be almost famous, and so far, my palm has not lied. In my musical and writing endeavors, I’ve been close to success—especially with writing. I believe that I am close to a hit blog, a hit book, or a hit musical. So close! Almost famous!!! ARRRRRRRGGGG!!!!

I can hear my wife saying, “Why does it matter? Just enjoy it. Why do you have to be famous?”

My answer is, “Well, I don’t have to be famous. I just want to be successful. I want my work to be acknowledged, read, enjoyed, and profitable.”

But to be totally honest? I wouldn’t turn down a little fame either. 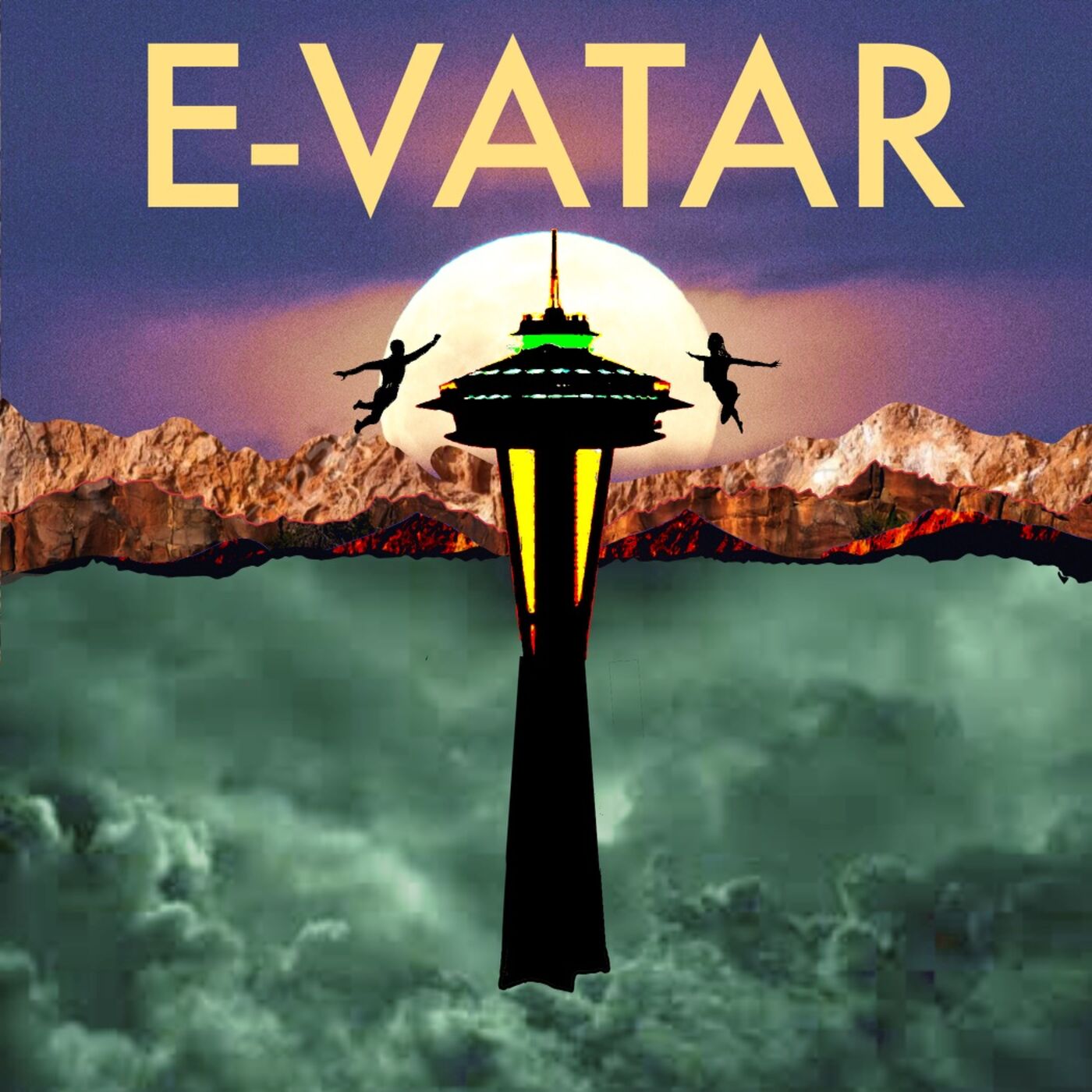 Episode 3 – "This is E-Body!"  – In their E-Vatar, Taylen joins a new friend, Clarke, for a trip to the club exclusively for E-Vatars.In order of appearance:Narrator/Peyton – Sean RooneyTaylen – Thomas Farnan-WilliamsClarke – Sam BriggsMusic and Lyrics by Brian Eads and Gregg StandridgeBook by David Wilson-BurnsDirected by John Burns